If you haven’t already studied CBD then you are probably wondering what all of the fuss is about. You’ve most likely seen signs for CBD products at stores, restaurants, billboards and even on television. You may have even heard about the many positive effects it has had on a great many people. So what is it?

CBD is found in the upper part of the stem and flowers of the Cannabis Sativa plant, and specific methods are required for its production, as opposed to the production of hemp oil produced by cold pressing of hemp seeds.

CBD is featured in many wonderful products available on the market such as delicious CBD edibles, foods and drinks. It is important to emphasize that CBD is not psychotropic like THC. In other words, it does not get you “high” and is legal in every state.

More than 400 different compounds have been detected in the Cannabis plant, of which about one hundred are phytocannabinoids – compounds not found in any other plant. What this interesting herb hides in its composition, scientists began to discover in 1895 – then the first cannabinoid was discovered. Cannabidiol, ar abbreviated CBD, is the third isolated cannabinoid compound and was discovered in 1940, 20 years before the most famous cannabinoid, THC.

How CBD Is Extracted?

There are 3 main ways to extract CBD from a cannabis plant -alcohol extraction, oil extraction, and supercritical CO2 extraction.

The extraction of CBD by alcohol is done by dipping parts of industrial hemp that are rich in CBD, which are the parts of the stem and the flowers dipped into pure alcohol. This mixture is then heated, after which the entire spectrum of cannabinoids exits the plant and is immersed in the liquid. The method of extracting CBD with alcohol is very simple and inexpensive.

The second method of extraction is very similar to the first, except that oil is used instead of alcohol. Mainly edible olive and coconut oils are used.

Last but also the most expensive and complicated method is the method of supercritical CO2 extraction, which is done by cooling the CO2 or carbon dioxide to low temperatures and then using CBD to decompose from the plant, which ultimately allows the manufacturer to obtain 99% pure extract from the plant of the CBD.

It is known for its healing effects, which include, among other things, the treatment of chronic pain and anxiety. Since the basis of CBD is a natural extract, its use does not lead to dependence, even with daily use.

Cannabidiol is the major non-psychoactive cannabinoid present in the cannabis plant.

CBD is a completely legal component that, rather than centrally, acts primarily on the peripheral nervous system and immune system and does not cause intoxication.

Interest in the therapeutic potential of cannabidiol CBD has been increasing in recent years. More and more research is showing potential therapeutic use in treating and alleviating many diseases and symptoms. Due to its therapeutic effects, it has been the subject of research in epilepsy, schizophrenia, depression, anxiety, psychological instability, diabetes, neurological diseases, cancer, nausea, inflammation, and many other diseases. Despite its widespread use, cannabidiol (CBD) has not shown any adverse side effects.

The human body contains an endocannabinoid system (ESC) that receives and translates the signals that cannabinoids send to it. This system, with the action of the CBD substance contained in the oil, regulate various bodily functions and favorably affects sleep, the immune system, and chronic pain. CBD may be able to reduce inflammation in the brain and nervous system, and is also used by some for insomnia. CBD has been known to help anxiety symptoms. In addition it has been used for acne, chronic pain, depression, high blood pressure, muscle spasms and more.

For more information and a full selection of quality CBD Edibles, check out Mellow Vibes Website. 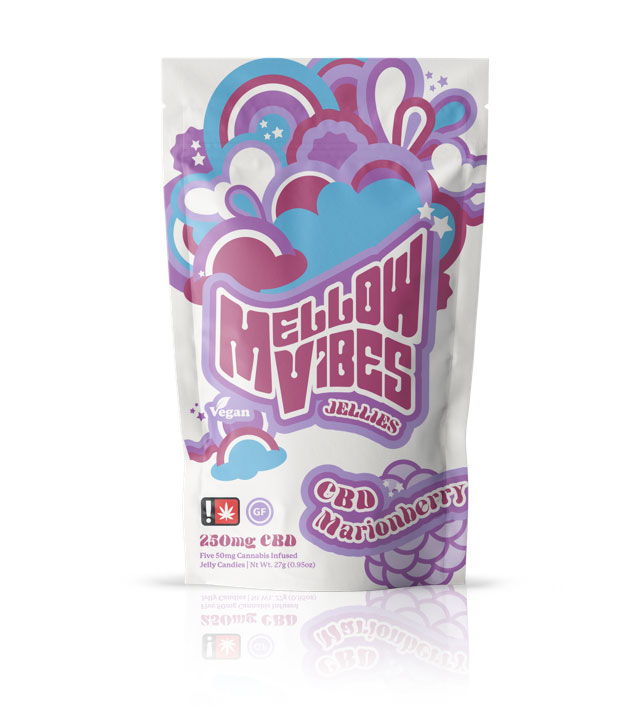